Aaron Fisher has been an APS professional since 2002, starting his career with Centrelink as Customer Service Advisor, moving through a plethora of APS roles spanning the APS3 – EL2 levels across a vast array of work environments within multiple Federal Agencies to currently be the WA/SA People Business Partner (Director) with the Department of Home Affairs.

After many years working at the coal face implementing HR strategy, the chance to become a HR strategic partner to the business is a welcome challenge for Aaron.  He is relishing the opportunity to work with Regional Executive Teams on systemic workforce issues and connecting them with various HR experts to develop and implement HR initiatives.

The role of a People Business Partner is still a relatively new concept for many and to be a part of this evolving journey is an engaging and rewarding one.  As the role develops across the APS, Aaron is enthusiastic about working with fellow HR professionals to see the role achieve its full potential.

Alec is an AHRI qualified HR Practitioner working within the small HR team in the NDIS Commission since May 2020. Alec commenced within the NDIS Quality and Safeguards Commission as an Assistant Director, in a role focusing on HR Data and implementation of strategic goals. He also performed the role of Acting Director throughout the start of early 2021, during the finalisation of the volume recruitment.

Prior to joining the NDIS Commission, Alec has worked in a range of federal and state government agencies, across an area of HR specialties. Alec has experience across large and small multi-jurisdictional agencies, working through recruitment processes in many of his roles.

Amna has worked in a variety of diverse HR roles ranging from career management, recruitment, workforce planning and specialist roles in the Work Health and Safety arena, and has recently undertaken a role as a HR Business Partner, where she is leading engagements with senior executives to provide strategic support on HR matters in the Department of Home Affairs and the Australian Border Force.

Her role is central to managing and alleviating strategic and systemic workforce challenges of a large Federal agency that is diverse in its footprint and operational domain. She is leading to align HR solutions to the mission and vision of the organisation by providing support to senior leaders to build their HR infrastructure through technology, compliance and people. She acknowledges the potential of a strategic HR business partner role and the opportunities it presents in shaping the future of a workforce in an organisation.

Anne is a senior HR professional having worked for nearly 30 years in a variety of HR generalist and leadership roles across a range of public sector jurisdictions and agencies. She has also worked briefly within the private sector. Prior to joining the APS Mental Health and Suicide Prevention Unit, Anne held the position of HR Program Manager for the National Museum of Australia for ten years. She has a strong personal interest in mental health and wellbeing both as a carer and individual with lived experience. Anne was a member of the APS Mental Health Capability Reference Group and holds a Bachelor of Arts in Social Sciences degree.

Cliff Bingham is Assistant Secretary of the Labour Market Research and Analysis Branch of the National Skills Commission. He leads the Commission’s work to advise on issues affecting the state of the Australian and international labour markets, and how these affect Australia’s current, emerging and future workforce skills needs.

He has worked across multiple Australian Public sector agencies for more than 20 years - including on personal income tax, superannuation and productivity analysis for the Department of the Treasury; and on outcomes-focused performance measurement for the Australian Taxation Office.

Donna has worked for McArthur for more than 17 years and is responsible for the development and implementation of workforce solutions for McArthur’s federal government clients nationally, and for managing McArthur’s operations and talented consultant team in Canberra.

Donna has enjoyed a 20-year career in the recruitment industry, but started out in the Queensland public service more than 15 years before that.  As a public servant Donna spent the bulk of her career working in people focused roles that saw her develop extensive expertise in recruitment and human resource management practices.

For over 50 years McArthur has provided specialist recruitment and consulting services to private and public sector clients nationally via their network of national offices and consultant teams.

At McArthur Donna has used her knowledge of public sector human resource and recruitment policy, legislation and practices to hone McArthur’s ability to provide fit for purpose and cost-effective solutions to not only Queensland government but to federal government as well.

As part of McArthur’s executive team Donna is responsible for strategic business management, but she is happiest when she is working directly with clients on workforce solutions and high-volume recruitment campaigns.

Jason commenced as the inaugural Chief Operating Officer at NDIS Quality and Safeguards Commission in May 2018 just prior to start up. As a Member of the Executive Leadership Team, he led corporate through start up and transition into an effective national organisation. Along with notable achievements in governance, people, property, technology and finance, Jason holds responsibilities as the Chief Security Officer, Chief Information Governance officer, and Privacy Champion. He also provides leadership to the General Counsel, the Chief Financial Officer, Chief People Officer and Chief Information Officer.

In his earlier career, Jason held responsibilities for governance, program management, service delivery and Corporate Operations in departments of state and Commonwealth agencies. His achievements include business process and ICT transformation, strategic governance reform, leadership in complex programmes and implementation of high-profile initiatives and measures. He also led teams who deployed to scrutinised international disasters including the Bali tragedy, the Middle East evacuation and the Christchurch Earthquake.

Also early in his career, Jason worked extensively with Indigenous communities in Queensland. During this time, he won a national award for excellence for Indigenous Youth Servicing. He is also a Jawun Program alumnus, where he had a rewarding secondment working with Indigenous controlled enterprises on competitor analysis, raising venture capital and improving executive control.

Jason is an active reservist having deployed on OPERATION CRANBERRY, OPERATION ASTUTE, OPERATION QLD FLOOD ASSIST and OPERATION BUSHFIRE ASSIST. He is currently posted to ADF War College where he is a student at Command and Staff College (reserve). In 2012, he was awarded a commendation for outstanding professionalism, dedication to duty and commitment. In 2015, Jason won the Prince of Wales Award, which sponsored study on leadership at the University of British Columbia in Vancouver Canada. 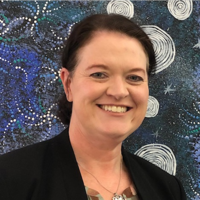 Jennifer has a strong background in sales, customer service, marketing, procurement, forecasting, budgeting and learning and development. Jennifer joined the APS in 2001 as a Buyer for the ABC Shops. Jennifer decided to change careers and move back to Canberra in 2007, joining the Royal Australian Mint as their Wholesale Sales Manager and then later as the National Sales Manager. In 2014 Jennifer moved into Learning and Development at Geoscience Australia, which later incorporated Diversity and Inclusion. Jennifer enjoys working in an ever-changing environment with plenty of challenges!

Kristen is currently the Assistant Director - Workforce Planning at the Department of Education, Skills and Employment (DESE). Kristen finds it an exciting time to be in workforce planning as there is a significant focus on understanding and planning our workforce needs, both within the department and across the APS. Kristen is responsible for developing strategies to meet the department’s workforce needs, collaborating with a variety of internal and external stakeholders, and working with the department’s senior managers to develop evidence-based recommendations.

Kristen studied a Bachelor of Psychology at the University of Wollongong and enjoys the relationship between her degree and the work of HR. 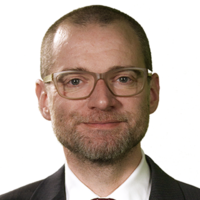 He led the design of the ATO’s ‘hub-and-spoke’ model for HR service delivery that implemented new frontline People Support Teams and HR Business Partners and has delivered innovative outcomes like the ‘Opening Doors’ initiative and the ATO’s ‘Go somewhere unexpected’ employer brand.

He is currently an Assistant Commissioner in ATO People with responsibility for the People Support Team, is Business Partner for the Client Engagement and Law, Design & Practice groups, and is currently leading the ATO’s support for implementation of the APS HR Professional Stream. 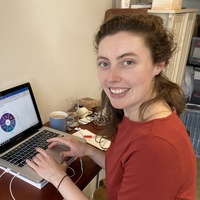 Maddie is the Implementation Enabling Officer for the APS Mental Health and Suicide Prevention Unit. She has worked in the public and private sector in project management and customer relation roles. Maddie’s previous role was as an Operations and Coordination Officer for the Department of Defence, helping the south east of Australia through crises like the 2019 bushfires and the COVID-19 response. She is passionate about relationship management and helping to connect different networks together. 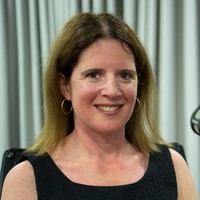 Nicole Lisle is a Certified HR Practitioner with AHRI and has over 10 years HR experience across the APS, private and not-for-profit sectors. Nicole is currently an Assistant Director - Workforce Planning, at the Department of Education, Skills & Employment (DESE) and the project manager for DESE’s inaugural Enterprise Workforce Plan.

Nicole is passionate about delivering HR initiatives to support organisations to achieve their business objectives. Nicole does this by engaging with stakeholders often and early, ensuring her work is evidence-based and that she is continuously asking the question – why? By approaching today’s workforce challenges in this way, Nicole ensures that she is delivering high quality business-focused outcomes whilst continuously improving.

Selvina Bustelo is a Group HR Director in the National Indigenous Australian’s Agency (NIAA) and partners with senior leaders and managers on a broad range of strategic HR matters. Prior to joining NIAA, Selvina worked in program delivery in the areas of employment and disability services. Selvina is a registered Psychologist and prior to joining the APS worked for a number of years in vocational rehabilitation, specialising in psychological consultancy and case management.  Selvina is committed to developing and maintaining workplace mental health and wellbeing.  Over the last two years Selvina has led the NIAA pilot and subsequent implementation of the APS Mental Health Capability Framework project. Selvina is based in Perth.

Stephen Hayward is the First Assistant Secretary of Health Services Division in the Department of Home Affairs. He has been in this position since March 2019. He is responsible for health-related policies and clinical support across the Department of Home Affairs and the Australian Border Force, including immigration and detention health, global health-related IT services and Staff Health and Wellbeing.

He has previously served as an Assistant Commissioner ABF Business Services and the Operations Capability Division.

Stephen has a lengthy career in Integrity, Security and Assurance activities including as the Chief Audit, Risk and Security Executive in Home Affairs and prior to his appointment with the Australian Customs and Border Protections Service, Stephen was the Executive Director of Operations at the Australian Commission for Law Enforcement Integrity (ACLEI), responsible for the investigation, intelligence and operational support arms of the Commission.

Stephen served as a sworn member of the Queensland Police Service for 16 years, where he performed duties in a range of positions investigating serious and organised criminal activity.

Stephen recently contributed to a publication as part of a joint UNSW and Fortem Australia collaboration on Moral Challenges: Vocational wellbeing among first responders by detailing his lived experience with mental health.